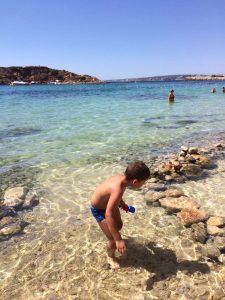 It occurred a few years ago when our son was three years old, in the harsh times of our uncertainty.

I accompanied my son to a farm-school, together with the nursery’s other children and teachers. I thought it would be enjoyable because he has always loved animals. When we arrived there, I was pained by distance.

While the other children sat attentively listening to the explanations about the animals, my son remained standing, oblivious to his surroundings. In the gloom of the stable, he was looking at a ray of light that seemed to capture his interest and he moved the fingers of his little hands in a strange manner. I called him, invited him to sit with the other children. He seemed not to hear me.

Until I gave in to curiosity, deciding to interest myself in what he was interested in. I bent down to his height. I followed his gaze. And then I saw it. Millions of speckles of light dancing in the ray of light that crossed the darkness. It was a magical sight and his little fingers participated with the delicacy of their movement. I joined him, feeling I was sharing the moment and he stopped feeling alien to me.

Héctor is now seven years old. He is a very smart, intelligent, affectionate, friendly, naughty boy. He is now interested in many other things but he began opening up through animals. He became receptive to language with the pronunciation of animal onomatopoeia that we would take as words, he insistently draws them, invents them, classifies them by their habitats, places them on a stage next to each other, building families, carers who look after them, creating progressively more complex worlds. 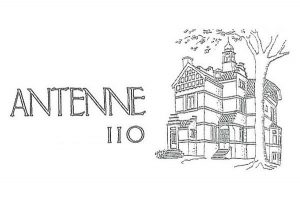