The first time I saw Marcos, he was two and a half years old. He used to walk on tiptoe, shake his hands in moments of tension, curiosity or joy, he showed a lot of interest in turning the lights on and off, opening and closing the doors, opening and closing the water faucets in the bathroom. This ‘on and off’ Was his management of the object, in order to introduce two times; Marcos put into play the elemental structure of the symbolic: on / off, open / closed, introducing a + sign and a sign -, two signs in opposition but related and applied to the same object; one could say a form of alternation.

I tried to introduce myself, tactfully and keeping a certain distance, in his repetitive activities, seeking to introduce new elements. He accompanied the lights on and off with the sounds of a little piano or a wooden xylophone, the same with the faucets. Many times most of the sessions were in the bathroom, where Marcos opened and closed the faucets of the sink, bidet, and bathtub and I accompanied his movements introducing different rhythms to name their actions: creating new “musical” sequences with repetition figures, variations of the open-closed theme and introduction of pauses, for example: “open-open-open-pause-closed-closed”, or also accompanying it with the sound of the instruments.

The work was enriched by filling up the bathtub and making a game of ‘come and go’ of boats, from me to him and vice versa. This game then moved to little cars throwing on rounds and back, to the crane with the pulley going up and down. In all this he was also accompanied by rhythmic variations sung from these syllables, varying the dynamics (accelerate, slow down). “Up” and “down” were the first words I heard him say. Some months later, Marcos comes to pronounce “no” and “yes”.

I played along Marcos’s games to hold him up during the transformations of his alternative beats, open / closed, on / off, + / -, taking on the horizon a dialectic in which the + is correlated with -, the presence is correlative to the absence, and vice versa. We could call this, an operation that introduces an artificial fort-da.

Space and time, which are also structures of language, are the fundamental coordinates of the path that Marcos – who is currently 4 years old, is using along with great and important conquests: the transformation of alternation into something that stabilizes his place in the world. In this sense, a brief sequence may be exemplary:

Last November, while I was waiting for him to come to session, I receive a phone call from his mother: Marcos had come to Venice by car with his father, and as usual very happy to come to meet me. Then, a few hundred meters, he planted himself and did not want to continue, making his father leave. It was five o’clock in the afternoon of a rainy and windy day, and for the first time since the beginning of autumn, it had already grown dark.

In October, during two successive meetings, the ends of the sessions had been marked by a particular episode. The first time Marcos starts to cry because he does not want to leave. I suggest that he help me close the “scuri” (dark) – as blinds are commonly called in Venice – of my office. Marcos follows my closing operations of the “scuri”, the windows, the curtains while naming my actions. Then we said goodbye quietly. The same scene will be repeated the next time: Marcos again comments my acts aloud, in a more appropriate language; the father and I laugh and congratulate him.

Marcos had associated the darkness he had faced in the street while he was coming to see me and the darkness created by the closed “scuri”. Also on the occasion of the next appointment, a magnificent sunny day, Marcos stopped at the same point that made him stopped sessions ago. When the parents tell him that I am waiting for him, he responds saying no, that I am not waiting for him, that in my office is dark and it rains. I decided to go out and I find them, and I suggest that we take a walk and go to have a coffee. Mark is happy because he likes to put and mix the sugar with the teaspoon in the parents’ coffee.

In this way, the session is done in plain air, seated at the table of a bar, where we looked on the iPhone a video that fascinates Marcos, especially for his pieces of classical music, including Schumann. Then, as we walked, I asked the parents, aloud and in front of him, what hypothesis they might have about why Marcos does not want to come to my office. We talked about the closure of the “scuri”, about the temporal that was happening during the previous session, etc. Marcos listened to us apparently distracted. I accompany them to the car, but as we pass by the palace where my office is located, Marcos seems to be disgrunted and uncomfortable while he is looking to the gate and, in fact, is about to cry. We continue walking quickly and I decided and agreed with his parents to set up the next session in the office of my house, place where he still comes to session.

At this moment our activities are centered on music, Marcos plays a pianola that he brings from his house, we play with cars and we make drawings. I suggest a theme, for example, Venice, Mark, Mom, Dad, etc., he is coloring and, I draw and then, he dictates the title, always rich in singular aspects. During the first session made in the office at my house, where Marcos comes enchanted, I propose to draw the house of Chiara. Marcos colors a yellow paper, then tells me to write: “Chiara’s house with the sun”. Then I propose to him, “house of Chiara at night”, with a dark blue and black sky that we painted together. I asked if we will also put the moon and what color.

Marcos answers me: “pink moon”, this invention serves to sweeten the darkness of the night. In one of the last sessions, Marcos puts some pieces of LEGO in the basket of the crane and says: “apple, banana, belly”. I say, “How nice, let’s make a fruit salad” and he repeats: “Yes, yes, fruit salad!”. Then he added other pieces of lego, pronouncing fruit names. I proposed to write together the recipe of the fruit salad for his mother, so he can prepare it at home. Marcos dictates the names of the fruits, and I add a drawing. At the end of the session we showed ‘our work’ to his mother, who is completely astonished!

The LEGO is not just a plastic brick anymore. Marcos has made a metaphorical substitution operation: the name of a fruit in the place of the brick. Then he performed a second operation, creating an associative link between the fruit names and his belly.

From the signifier alternation – open / closed, on / off, up / down – he has been able to arrive to the signifier substitution, which is a very important passage: put the signifier fruit in the place of the signifier LEGO brick, an operation that is at the heart of the symbolic game. Between the first operation and the second there is no solution of continuity, the second happens in an unexpected way, as an emergency of the subject that surprises us. Marcos has put into play the two signifier operations through which the subject is represented: metaphorical substitution and metonymic displacement. A real surprise that we welcome with joy. 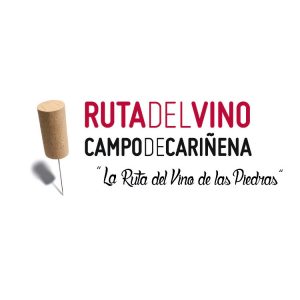